Rock and Roll Hall of Fame to Induct Itself

The Rock and Roll Hall of Fame inductees have been announced for 2015 and they have created as much debate and controversy as previous years. 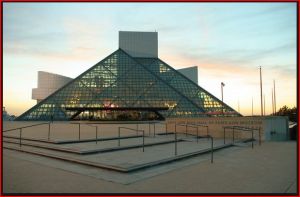 The panel have shortened the list of 15 nominees to just 6 worthy inductees. Those missing out are Def Leppard, Iron Maiden, Judas Priest, Slayer, Motorhead, Thin Lizzy, Scorpions and Deep Purple. Internet forums have said to welcome dropping Maiden, Purple and Scorpions, as they are considered fad bands that were only included on the list because the panel of judges felt sorry for them.

Every couple of years the RARHOF needs to show that it is inclusive to all those genres that aren’t proper music, despite them being massively popular, influential and artistically progressive. Not to mention the extreme skill and musical knowledge required to play the music as well. They include these bands but have no real intention to induct them because they’re not the type we like. It means they don’t water down the quality and integrity of the institution, we can’t have Maiden, Priest or Slayer alongside ABBA or Dusty Springfield. 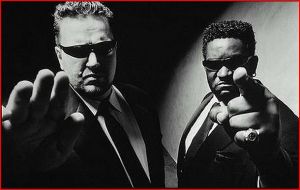 Making the cut this year is Bill Withers, Green Day, Lou Reed, a second hand Metallica Monopoly set and a Rubber plant that casts a shadow which looks like John Lennon‘s toilet. However, the most controversial inductee is the the Rock and Roll Hall of Fame itself.

We decided that no one had done more for Rock and Roll, music or Ohio than us, so we figured that we deserved to be inducted. The only sadness is that it’s 4 years too late, we should have been in at our first eligible year in 2011, but instead we wasted a spot on Alice bloody Cooper. It’s about time we stopped bowing to public pressure and things like contribution to music, album sales, longevity and tour attendances and just inducted whoever we feel like.

We’re thinking of inducting Eric Clapton for a fourth time in 2016 as he might turn up with Tom Petty and he makes a very, nice virgin Mojito at the after party.

The induction finally marks the complete disappearance of the RARHOF up it’s own backdoor. It is worth noting that an institution such as the Rock and Roll Hall of Fame is a complete contradiction to the term and meaning of Rock and Roll. Furthermore, it is worth remembering Rolling Stone magazine has a lot to do with the selection panel for the RARHOF, and they said Led Zeppelin 1 was shit. Take from that what you will.

Lemmy Kilminster on Take That »
« What is #Metalgate?